1400 Chestnut is a 200 unit podium style mid-rise located in Downtown Chattanooga adjacent to Main Terrain Park.  The project is 5 stories with on-site garage parking and walkability to nightlife, restaurants and entertainment in Chattanooga’s burgeoning Southside.

Located at the intersection of Highway 280 and Interstate 459, 4700 Colonnade is a 215 unit mid-rise located in Colonnade Office Park near Lifetime Fitness and Trinity Hospital’s Grandview Medical Campus.  4700 consists of three, four and five story buildings and a two story clubhouse and leasing center.

Brisa at St. Augustine is a 256 unit Class A community located along SR-207 about two miles from Interstate 95, the country’s primary North / South corridor along the Atlantic Coast. Brisa’s location provides great visibility with over 1,500 feet of frontage on SR-207, which is a well-traveled thoroughfare connecting the main commercial and employment corridor of St. Augustine to Interstate 95. The proximity to Interstate 95 also provides convenient access to major employers throughout St. Johns County as well as nearby Jacksonville. Brisa is a landmark project for the area with best in class design and finishes, superior amenities and convenient location.

The Beacon at New Smyrna Beach

The Beacon is a 253-unit Class A community located along SR-44 about one mile from Interstate 95, the country’s primary North/South corridor along the Atlantic coast. New Smyrna Beach is an under-served market with few high end apartment communities. The site has over 800 feet of frontage along SR-44 which is the primary corridor connecting Orlando to the popular beaches of New Smyrna Beach. The Beacon is a marquee project for the area with high visibility, significant barriers to entry, and a location superior to its competitors. 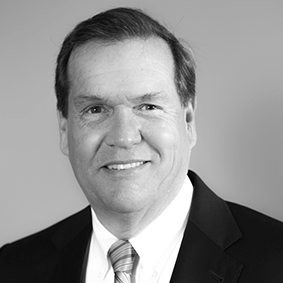 Jim Nevins is President and manager of Kore, LLC and brings over 35 years of development and construction experience. Over the past 20 years Jim has owned, managed, and operated multifamily and office assets he developed through Nevins Development Company, which he started in 1992. Formerly, Jim served as Manager and Division Operations Manager at Brasfield & Gorrie, where he managed over $500M of new construction in multifamily, condominium, office, retail, and hotel development. From 1981- 1983 Jim was a manager for Pine Hurst Corporation in Hilton Head, SC which specialized in condominium and multifamily construction. Jim finished Auburn University with a B.S. Degree in Building Science in 1981. 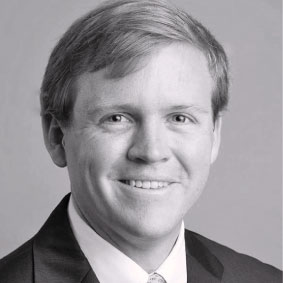 Holder Nevins brings both multifamily development and commercial construction experience to the Kore team. Holder spent 2014 at LIV Development where he managed the construction of over $60 million of multifamily assets in Birmingham, AL and Daytona, FL. Prior to his time at LIV, Holder was a project manager and estimator at Brasfield & Gorrie where he oversaw over $200M of awarded Federal, commercial, industrial, and healthcare projects. Holder brings invaluable experience in development and construction and oversees Kore’s current development projects. Holder graduated from Auburn University in 2010 with a B.S. degree in Building Science.

David Roberts brings 14 years of construction experience to Kore. David spent his first 6 years in the industry working in the field for Robins and Morton building healthcare projects in multiple locations across the country. He has spent the last 8 years working for Hoar Construction in Project Management and ultimately as Project Executive, managing commercial and healthcare projects nationwide. Both former companies rank consistently in the top 150 in ENR’s list of Top 400 Contractors and during Davids tenure there he successfully delivered over $386M of new construction projects. David brings a wealth of field and office related construction experience from multiple market sectors to Kore, which he leverages to oversee and manage the day-to-day operations of Kore’s current development projects. David graduated from Auburn University in 2007 with a B.S. degree in Building Science. 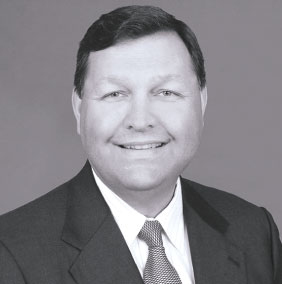 Ben Nevins is a seasoned executive with over 42 years of experience in construction, real estate, and development. Ben served as President and COO of Brice Building Company where he began his career in 1973 until he retired in 2011. Brice consistently ranked in ENR’s list of Top 400 Contractors. He led Brice’s expansion into the multi-family construction market with the purchase of Shreve Land Construction in 1997. He is also President of Blue Creek Development, the developer of a 100 acre residential community on Lake Martin in Alabama. Currently, Ben serves as the Senior Vice President of the Commercial and Healthcare Division at BL Harbert International. He has served as the President of the Alabama Association of General Contractors in 2001 and has recently been appointed as a Lifetime National Director of AGC of America. He has served on the Industry Advisory Council and the Dean’s Executive Board of the College of Architecture and Design and Construction at Auburn University. Ben graduated from Auburn University in 1977 with a degree in Building Science.